Disclaimer #1:  Anyone who reads my blog knows that I love words and constantly weave vocabulary work throughout the school day typically at ease without much planning. However, my writing workshop has always been weak in my opinion. And since I am the one who has to reflect on my writing workshop, I thought about how to change my writing workshop over the summer.

This summer I read the following books: Opening Minds by Peter Johnston, Write Like This by Kelly Gallagher, 10 Things Every Writer Needs to Know by Jeff Anderson, Notebook Connections by Aimee Buckner, and I Can Write Like That by Susan Ehmann. I highlighted, sticky noted, wrote all over these books to build my treasure box up when I started writing workshop this year.

I attended the All Write conference which was the BEST conference I have ever attended in terms of my professional growth. It was a weekend of learning, questioning, and meeting so many friends from twitter in person. Conversations in the car ride there (thanks Gretchen) and home (thanks Mary Lee & Josie) were the icing on the cake for me.

I was not positive how all of my summer learning was going to fall together for Writing Workshop as the school year started. I had a million ideas floating in my brain about how I wanted to change my workshop. I couldn't wait to open my treasure box of ideas.  I wanted to include everything the first few weeks of school. I felt like a giant snowball rolling down the hill,  and I just wanted to stop it and slow down.  So I did! 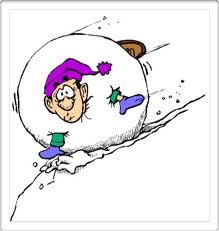 I often write about how  sometimes the best laid plans go out the window because of a shift o due to students questions or comments, but this time it was my decision to abandon my writing lesson plans. It took me three weeks to open up our writer's notebook (please don't tell anyone) I knew I wanted to borrow  the ideas from Ralph Fletcher's new book: Boy Writers which I was able to read during dinner at All Write.  Franki let me borrow it for 15 minutes, and the clock was clicking, but that 15 minutes continued to change my thinking about writer's notebooks along with the conversations from my Allwrite weekend.

Below is my first day of writer's workshop, I only wish I knew when I was writing on the dry erase board that I am going to use it for a picture in my blog.  At least it is authentic and better YET, I feel much better, at least this week, about my writer's workshop.  THANKS to all my colleagues who have shifted my thinking and continue to help me grow as a writer both on my blog and my professional writing. 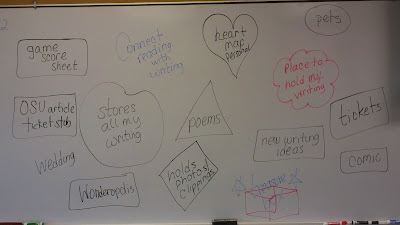 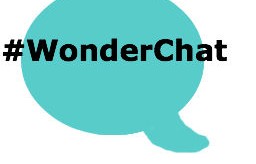 I write often about my professional growth via twitter, blogging and workshops that I attend.  This year I have been honored to be a Wonder Lead for NCFL and working with increasing the power of Wonderopolis.  My colleague wonder lead Barbara has organized Wonder Chats for 2012-2013 school year.  I will be co-hosting the next #wonderchat on Monday, October 1 from 8-9 pm. Please plan on joining us and even if you don't tweet feel free to be a silent follower that is how I learned about twitter. Secret be known I followed secretly for at least a year before my first tweet.

October 1st - Using Wonderopolis and wondering to extend learning at home (making the home-school connection).  Barbara and I will co-host this chat.

November 5th - Using Wonderopolis with the Common Core State Standards.  The discussion will focus on how Wonderopolis can be used to help implement and meet the CCSS.

December 3rd - Using Wonderopolis and wondering in a secondary classroom.  Paul Hankins will be a guest host.

January 7th - Using Wonderopolis as a mentor text and sharing other books that encourage wondering.

February 4th - Using Wonderopolis to as a tool to help boost vocabulary development.

March 4th - Using Wonderopolis and wondering as ago inspire/encourage/engage students in inquiry and research.

April 1st - Using Wonderopolis and wondering as a spring board for writing.  An emphasis for this chat will be on poetry, since April is National Poetry Month.  Amy Ludwig VanDerwater from The Poem Farm

May 6th - Wonder Jars - We will be discussing ideas for making and using them in and out of the classroom.

June 3rd - Using Wonderopolis and Wonder to engage and continue student learning over the summer.
Posted by Maria at 7:15 AM 1 comment:

Is Your Class Celebrating Poetry Friday? 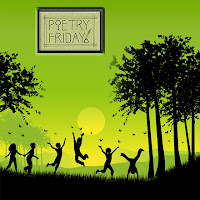 If I could produce a commercial, I would make one for the celebration of Poetry Friday. We just celebrated our first Poetry Friday last week and before we even started I had grunts, groans and actually a comment, "Are we really doing poetry every Friday?" It saddened me, and I just had to pause for a moment and tell myself that my goal is to shift their thinking about poetry this year. 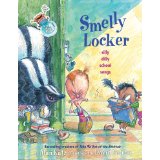 I put up an overhead of the poem "Smelly Locker"  from Smelly Locker: Silly Dilly School Songs . I always start the year with singing poetry. It was interesting to see their bodies shift in their seats as they first read the poem silently. Then we sang Frere Jacque and a few more students were warming up to the idea.  Finally we sang the poem aloud to the tune of Frere Jacque.  A few students started moving in their seats; one student stood up and started dancing. So I suggested we sing it again with motions that could be made up as they were singing. At this point half the class was standing and dancing, many of the them copying their goofy teacher singing and dancing right along with them.  After we finished singing, I asked them about how they liked the poem?  One student blurted out: "That was not poetry."  I inquired, and we discussed the organization of it:  stanza, rhyme pattern, theme etc.  Slowly their thinking began to shift.

We will continue to have fun with poetry on Friday - will you be joining us?

This week Renee has the Poetry Roundup at  No Water River
Posted by Maria at 7:03 AM 7 comments:

Whose Chart is It Anyways?